Service Before Self – Mike Monteith 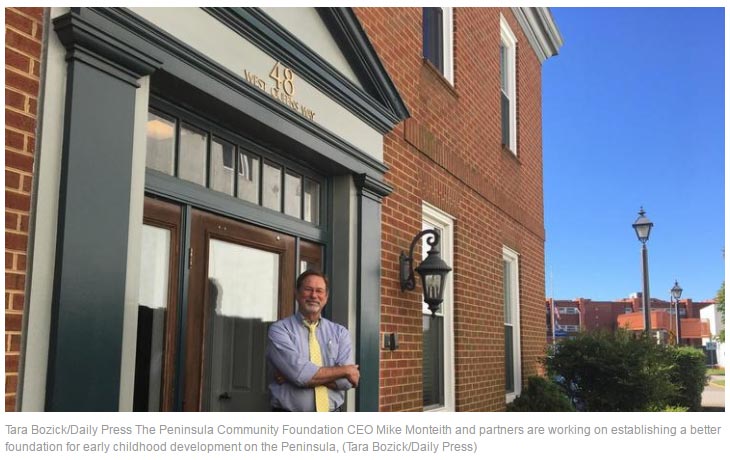 One of Hampton Rotary Club’s own was recently recognized by the Daily Press for his Foundation’s service to the community. Fellow Rotarian Mike Monteith is the CEO of the Peninsula Community Foundation.

Quoting sections from the Daily Press article, “While community foundations are known for managing donor investments to distribute grants, the Peninsula Community Foundation is also in a unique role to help convene Peninsula organizations and people to find improved ways for addressing issues including homelessness, poverty and early childhood development.

While launched in late 2003, the community foundation had been focused on creating an asset base for programs until just before the recession, Monteith said. At the end of 2016, he said the foundation hit the $10 million mark for its asset base, which was up from $8.5 million a year earlier.

It sounds like Mike’s work is making a heavy positive impact on our community and a stellar example of what being a Rotarian is all about. Read the full article from the Daily Press.